Elements that are displayed as block boxes by default:

Elements that are displayed as inline boxes by default:

CSS boxes have both inner and outer display types

Inner display type specifies how elements inside the box are laid out:

Note: one single value specifies both the outer and inner display type. There is a new CSS specification that allow specifying two values for the display property - one for outer and one for inner display type - but support for this is limited at the moment. 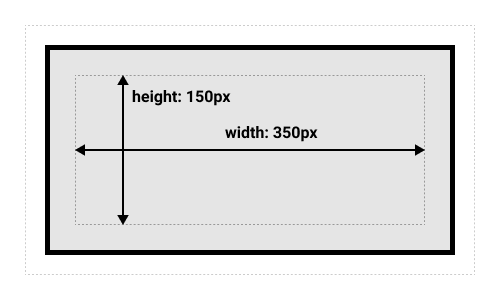 The padding and the border are then added to this to determine the total size taken up by the box (margins are seen as space between boxes, see later)

Width and height of an element include the padding and the border (and thus, the total size taken up by the box) 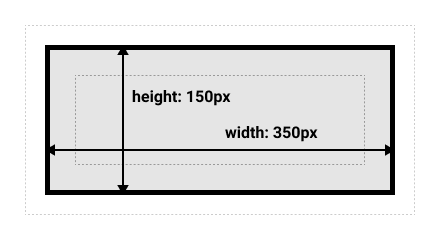 This was introduced later on because the standard box model was seen as inconvenient to work with.

It is common to set the alternate box model as default for all elements, either through a CSS reset stylesheet or manually using something like this:

If the margins for two elements touch, these margins will be combined (collapsed) to become one margin, which is the size of the largest margin of the two

Reasoning: if two boxes are next to each other, one of those boxes needs 50px around, and the other one needs 40px around it, then separating the boxes by 50px satisfies this

There are some specific rules and special cases here, see Mastering margin collapsing and The Rules of Margin Collapse

In order to avoid confusion caused by margin collapsing, it can help to choose specific sides where you apply margins. For example, for vertical spacing between boxes, you could choose to only use margin-top and not margin-bottom

Note: borders are part of the total size of the box

#The box model and inline boxes