Refactoring, how to approach it, and when to rewrite instead

Refactoring is not the only way to restructure code (rewriting is another), but it has some specific benefits

Benefits of restructuring in general:

Finding code that could benefit from refactoring:

Make sure it's actually worth it!

What not to refactor:

Writing down your main goal and sub-goals results in a nice graph, example: 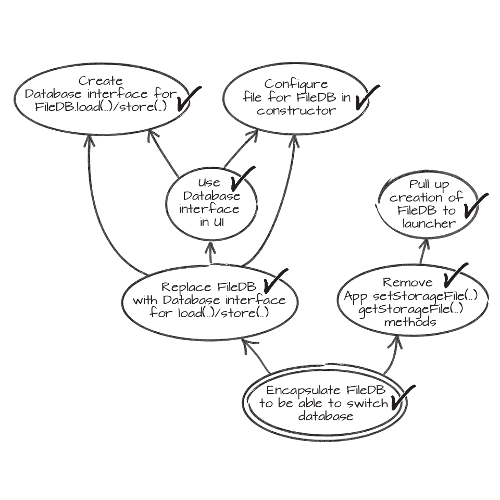 Hardest part: actually throwing away your changes if you can't reach your current goal directly

When it can make sense to rewrite instead of refactor:

Be careful, rewrites are tempting even when they are not really the best option!

So, should you rewrite instead of refactoring?