An overview of topics related to testing

Note: Since this note aggregates material from different sources, it likely won't use fully consistent terminology 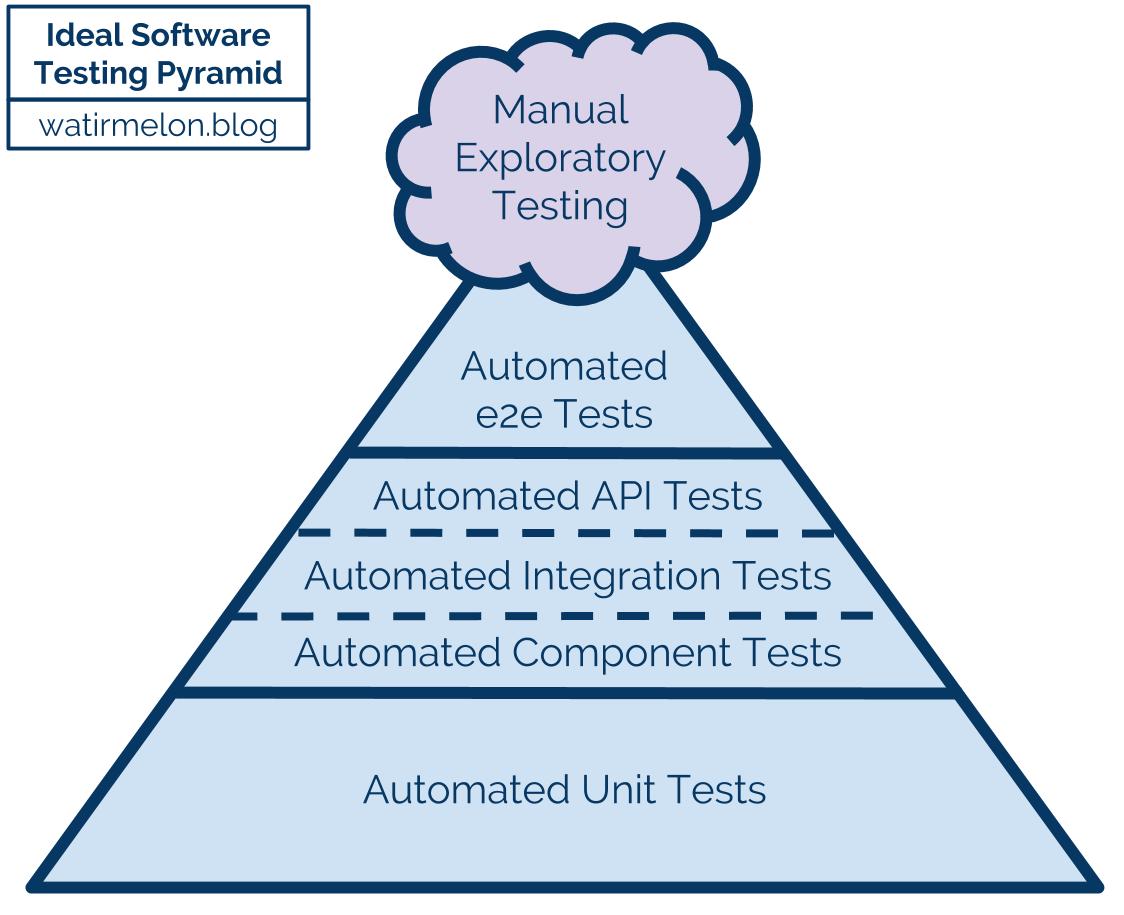 What to write tests for​

In principle, could write dedicated tests for every piece of code in system. In reality, that's not possible or practical.

Long story short, focus your testing effort where it creates the most value (high ROI)

Tests should be independent

Some basic tips for testable design:

Test Double: something you use in tests instead of a real object, database, service, ...

Test Doubles could also be useful outside of automated testing!

What to unit test:

Test your unit as a whole:

When to write unit tests:

Make sure to test behavior rather than implementation

Similar alternative: test-first development (first specify all tests you can think of, then write production code)

More detailed application of this in microservices context: Testing Strategies in a Microservice Architecture - Component testing

What to integration test: basically every place where you serialize or deserialize data

Basic idea: test entire running system, with all its dependencies

What to test against:

Advice: limit number of end-to-end tests to the bare minimum

Goal: ensure that different parts of the system "fit together" and that changes to producers don't break consumers

CDC tests can be an alternative to end-to-end tests!

Often makes sense to run these at end-to-end level, especially in microservices environments

Typically take a long time to run! Common practice is to run a small subset every day, others every week.

General advice (also applies to other kinds of property tests):

Test coverage: percentage of your code that is being covered by tests

High test coverage is not a goal in itself!

To know if you're testing enough, check if the following is true:

Value of coverage analysis: helping you discover pieces of code that are not being tested at all, but should be

Note: In some cases, Testing after production makes more sense than trying to catch everything beforehand

Testing is not the only way to detect issues and increase your confidence in the system!