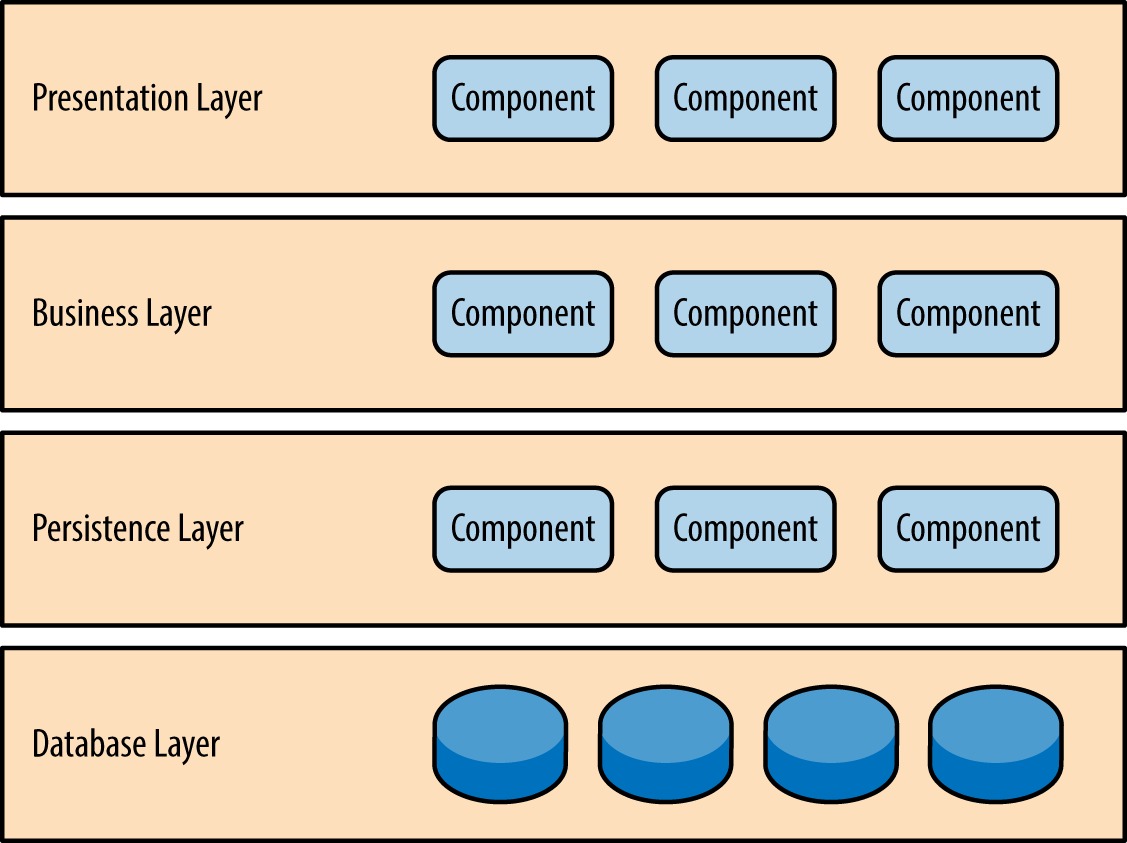 Starting from the bottom:

Note: a layered architecture could have more layers than these if it makes sense

Sometimes, it makes sense to mark a layer as open: 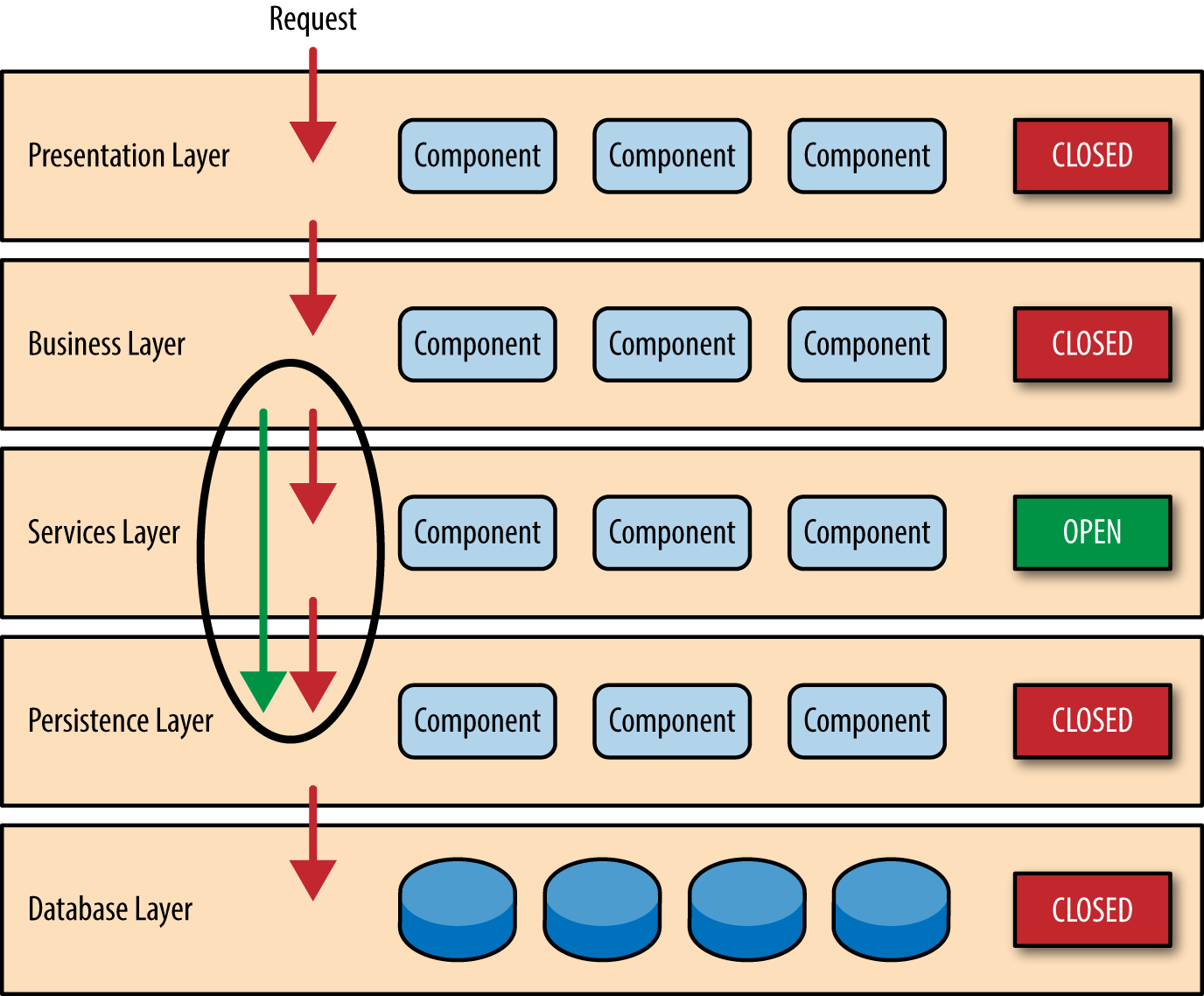 Making some layers open could help solve this