An overview of separation mechanisms to create boundaries in your system

Use your language's abstraction mechanisms to separate clients from implementations

If your language doesn't provide something like this, you may be able to set it up using automated tests that analyze dependencies, linting rules or some other kind of static analysis. See also Static analysis - Internal dependencies.

When passing data between components, the components can be more decoupled if the objects crossing the boundary are simple data transfer objects instead of actual specific classes that are being used on either side

Example of combining the above: use case boundary as specified by the Clean Architecture 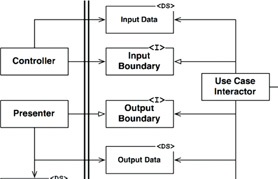 Also note that the Dependency Inversion Principle (from the SOLID principles) has been used to make sure all dependencies point from the component calling the use case to the use case component itself.

An example of a simpler boundary is the Facade pattern . Here, you take a complex subsystem and put it behind a class that exposes a nice interface to that subsystem. This does not provide the same amount of separation as the use of abstractions and does not allow you to control the direction of dependencies, but it can help with managing complexity and potentially prepare for the creation of a full boundary. 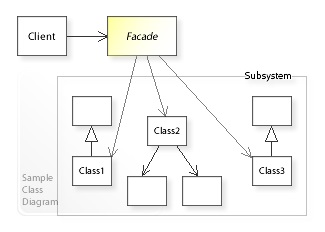